At cnet japan on April 10, 2020, It announced that off-grid electricity “VPP Japan” has reached the top position in the funding and market capitalization rankings.

VPP is an abbreviation for Virtual Power Plant.

Off-grid is a technology that’s mainly used at home, but it can’t be used when power is scarce or in large factories. Roughly speaking, VPP is a collection of off-grid power generation to make up for it and looks like one big virtual power plant.

VPP can be applied to sales and purchase of electricity by combining IT technologies such as blockchain, and there are various possibilities. To be honest, Japan’s future power supply will be enough “renewable energy (solar power, wind power, hydropower, tidal power, geothermal power, etc.) + off-grid+VPP”. Because thermal power and coal power and nuclear power plant will be unnecessary from the viewpoint of cost, disaster prevention, and climate change countermeasures .

Finally, it seems TESLA, which makes electric vehicle, has already started a large-scale VPP demonstration experiment in Australia with the cooperation of the government. We are looking forward to the day when it will be available in Japan soon! 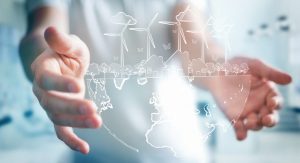