In the YAHOO! JAPAN news on 2020/08/02, there was an article “Is it a large-scale bleaching of coral in Okinawa?” This is an article concerned that the seawater temperature will not drop unless a typhoon comes, and coral will bleach over a wide area around the main island. While typhoons affect disasters and crops, they also have the effect of stirring seawater and lowering the water temperature that rises in the summer.

Unexpected concern with zero typhoon in July for the first time in history: Large-scale bleaching of coral in Okinawa (2020/08/02)

For the first time in the history of observation, no typhoon occurred in July, raising concerns about large-scale bleaching of corals. Experts point out, “If the typhoon does not come as it is, the seawater temperature will not drop and it is likely to bleach over a wide area around the main island.” The Japan Meteorological Agency announced on the 1st that a tropical cyclone in the south of Okinawa became typhoon No. 4. Experts are watching the trend as it approaches the Sakishima Islands in the future.

Due to the absence of a typhoon in July, the seawater near Japan was not agitated, and the water temperature may rise in the summer. The following figure is a sea surface temperature forecast map of the sea near Japan at the end of August, which is about 30 ° C. 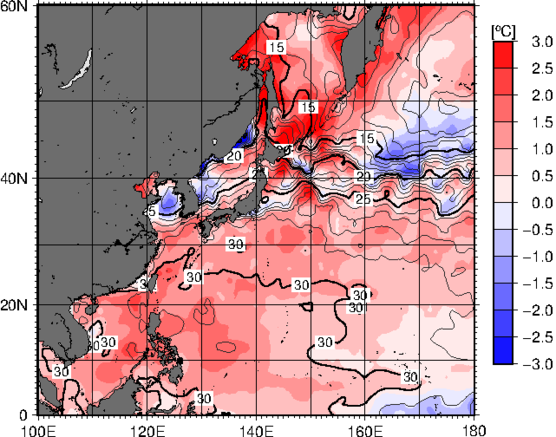 This means that if a typhoon hits Japan in the future, it is more likely that it will approach Japan without losing its power. In addition, there are cases where typhoons that normally occur near the equator occur in the immediate vicinity of Japan.

In addition, due to the stagnation of the Baiu front this year, a linear precipitation zone occurred, and the Kyushu region including Kumamoto prefecture, Hiroshima prefecture, Shimane prefecture, Gifu prefecture, Nagano prefecture, Yamagata prefecture, and Akita prefecture were extremely flooded. (Heavy rain in July 2nd year of Reiwa). We would like to express our deepest sympathies to all the victims of this heavy rain and pray for the earliest possible reconstruction. 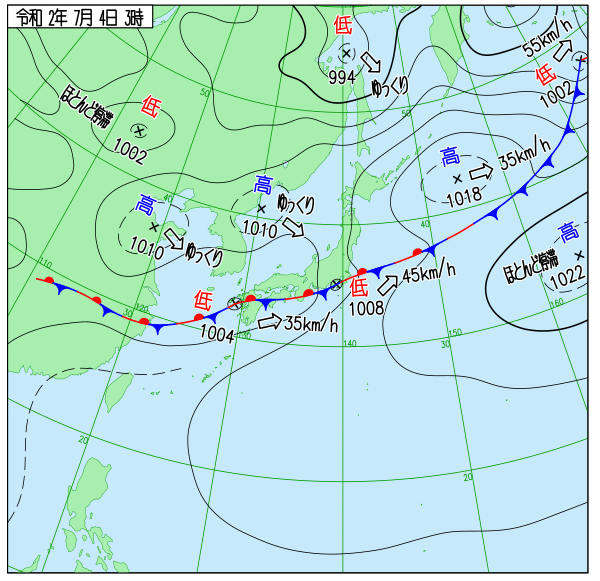 As explained in Toyo Keizai Online, it is believed that one of the reasons for the increase in heavy rainfall in recent years is that the sea surface temperature is rising. In addition, the rise in seawater temperature is prominent in the waters near Japan.

Two years have passed since the “July 2018 heavy rain (commonly known as the heavy rain in western Japan)”, which was said to be the “worst flood damage in Heisei.” The total amount of precipitation at the AMeDAS sites nationwide in the “Heavy rain in July 2nd year of Reiwa” exceeded that.

When the sea surface temperature is high, the amount of water vapor increases, which makes fronts more active and makes it easier for typhoons to develop. Water vapor is a source of rain, so the more water vapor there is, the more likely it is to rain.

Therefore, one of the reasons for the increase in heavy rainfall in recent years is thought to be the high sea surface temperature.

A typhoon that becomes active when the sea surface temperature is high. In addition, the autumn rain front where a linear rain zone that rains a lot occurs. The simultaneous action of these was the “heavy rain associated with the front in August of the first year of Reiwa” that occurred in August 2019. As shown in the weather chart below, the autumn rain front stagnated in the Kyushu region, and a warm, moist wind from typhoon No. 11 acted as an engine from the south, resulting in heavy rain that caused damage to the Kyushu region. (Although it is not shown in the weather chart, typhoon No. 12 is actually) When the autumn rain front and the typhoon cooperate in this way, it becomes a very dangerous partner. It is necessary to review disaster prevention goods, evacuation shelters, etc. once again to prepare for unforeseen circumstances. 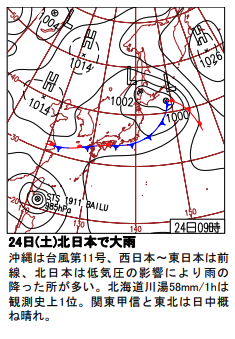 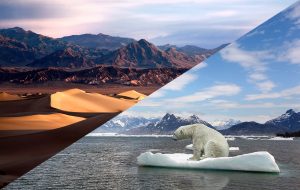 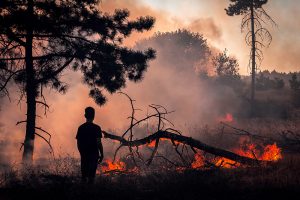